Child Custody Laws differ from state to state. You need to check with your state’s laws to get the most current information. When it comes to child custody Laws, there are a few states that have all the procedures laid out for separating parents and their children. The judges must follow these guidelines to assist in determining the custody of the children during and after a divorce.

There aren’t many federal laws that apply to children’s custody, with the exception of transporting across different state lines. States do have different laws that deal with jurisdiction between other states, but not all states have this understanding, however. So if one parent lives in one state and the parent and children in another, the state where the children reside will have more influence. Of course, you must take into consideration which state the separation and custody papers where filed.

Child custody Laws are designed with the interest of the children as the first priority. Child custody laws are designed to prevent custody going to abusers of drugs or alcohol. Laws are also in place that prevents children from going to an environment where there is clear mental or physical abuse. Most states prefer joint custody between the parents, where both parents can be a functional part of raising the children. The parents would share both physical and legal custody of the children.

Legal custody is the right and responsibility to make important decisions regarding health, education, and well-being issues. Often both physical custody and legal custody are with the same parent unless the parents have joint custody. During those situations, the court may decide where the children reside at the time that that parent can determine what is best for the children at the time. However, it would be wise to have a consensus between the parents.

Again, research the child custody laws of your state or province to determine what the best solution is for you during these trying times. Always have the children’s best interest when making these decisions. 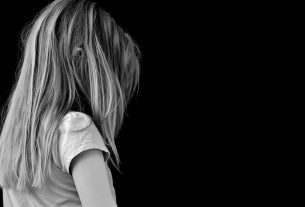